How Long Does a Bitch's Season Last?

What is a dog in heat?

A season (or heat) is the period of time during which a female dog (bitch) can become pregnant. Most dogs start coming into season from around 6 months of age, although this is variable, with smaller breeds typically starting at a younger age than large breeds, which can start as late as 18-24 months old. It is strongly advised not to breed from a bitch during her first or second season, as she would not yet have reached full maturity.

An entire bitch will normally have a season every 6-7 months, although this frequency can vary between individuals.

A season will normally last around 2-4 weeks, although they will only tend to bleed for 7-10 days.  However, they are fertile throughout this period and so should be separated from entire male dogs to avoid an unwanted pregnancy. If you are not intending to breed from your dog then it is best to get her spayed, as this also has additional health benefits as well as preventing seasons and pregnancies.

What are the signs of heat in a dog?

Hormonal changes during heat result in various signs, including swelling of the vulva (usually a couple of days before the bleeding starts), bleeding, licking of the genital area and urinating more frequently. There may also be behavioural changes, such as being overly friendly with other dogs, mounting and roaming. Some bitches may become anxious and nervous, while others may appear more domineering.

How much blood does a female dog lose during a season? 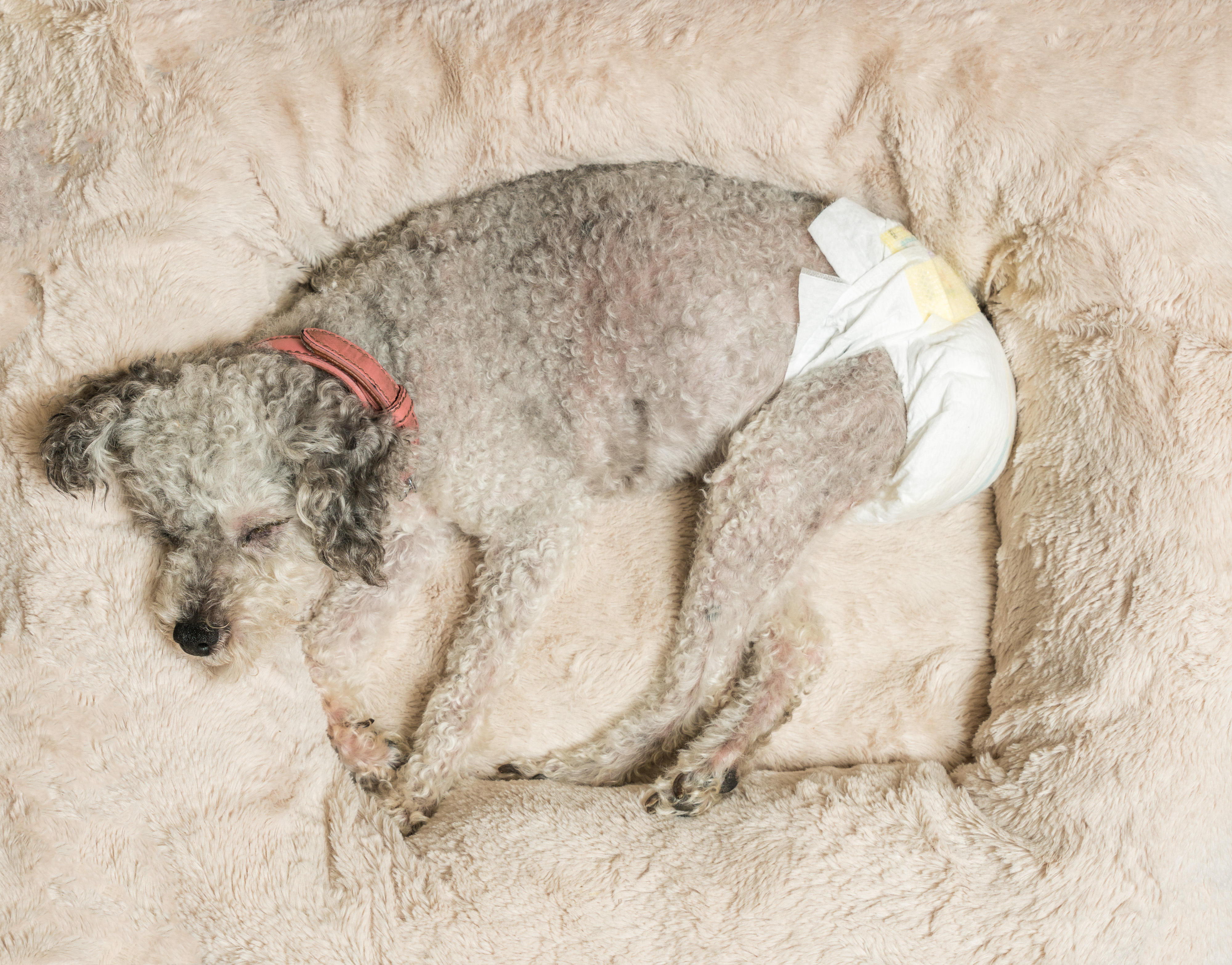 This will vary between dogs, mainly depending on their size. Larger dogs will typically bleed more than small dogs, but some make not appear to bleed at all. Please speak to your vet if you are concerned about the amount of blood lost.

Can a bitch only get pregnant when they are in season?

Yes, although it is important to remember that seasons are not always obvious.

My female dog had a season but she is now carrying toys around and behaving strangely. What’s going on?

It sounds like she may be experiencing a phantom (false) pregnancy. This is common in bitches after a season, where the hormones are very similar to the pregnancy hormones.  They can even show mammary development and can start producing milk. Their behaviour will often change, and they may start to mother toys and create a nesting space. The symptoms often start around 6-8 weeks after the end of the season and normally last for 2-3 weeks. If the signs are mild then you can try distracting your dog from nesting and mothering with play and walks, but if the symptoms are more severe then you may need to speak to your vet about medication that can be used to stop the phantom pregnancy.

Once they have had one phantom pregnancy, it is likely to recur after subsequent seasons. It is a good idea to speak to your vet about spaying before the next season, but it is important that she is not spayed during a phantom pregnancy as this can cause the symptoms to persist. This is why we recommend waiting until 3 months after a season before neutering, so that the hormones have returned to their normal levels.

Is a white discharge normal for dog in heat?

The signs usually developing 4-6 weeks post-season and include:

Will my bitch go into menopause?

No, unlike humans, a bitch will continue to cycle throughout her whole life (unless she is spayed), although her seasons may become less frequent as she gets older.